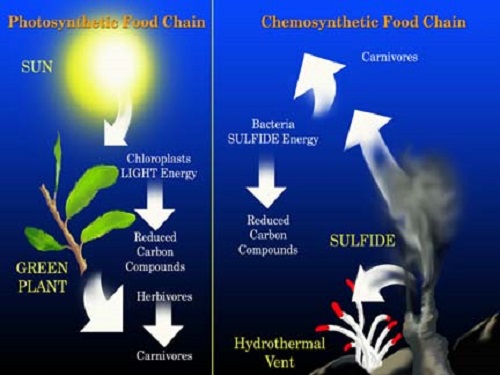 Phototrophs are the organisms which use light as their main source of energy (photosynthesis). They are capable of capturing electromagnetic radiations (light) and use it to transform carbon dioxide into glucose and ultimately into ATP (adenosine triphosphate), the biochemical energy unit necessary for the different metabolic processes on the cellular level. Proteins of the cellular reaction centers containing chlorophyll pigments are responsible for the energy absorption from the light.

Phototrophs can be classified into two main groups, photoautotrophs and photoheterotrophs.

Photoautotrophs such as green plants, algae, and cyanobacteria are the producers in the food chain. They use photosynthesis to reduce inorganic compounds i.e. carbon dioxide, inorganic salts, and water and consequently generate complex carbohydrates.

Photoheterotrophs, on the other hand, use light energy and photosynthesis but cannot reduce carbon dioxide and therefore need the carbon originating from organic compounds for biosynthesis, replication, and growth. Their carbon source derives from the carbohydrates, fatty acids, and alcohols present in their environment. Examples of photoheterotrophic organisms are purple non-sulfur bacteria, green non-sulfur bacteria, and heliobacteria.

Chemotrophs, largely Bacteria and Archaea, are the organisms which use inorganic chemical compounds (mineral ions) such as iron or sulfur as their main source of energy by chemosynthesis. They have simple nutrient requirements and are not dependent on solar photons for growth. They exist in hostile environments such as deep sea waters where light cannot penetrate. Under such conditions, chemotrophic organisms gain their energy by the oxidation/reduction reactions of nutrient substrates. They are capable of oxidizing electron donors (hydrogen) and utilizing the reaction energy as well as the carbon originating from carbon dioxide, or the carbon originating from organic sources to produce the vital nutrients for their cellular metabolism and growth.

Chemoorganotrophs are the organisms that use organic hydrogen as their primary source of energy. Homoacetogenic bacteria are an example of this group and their hydrogen derives from the fermentation of sugar.

On the other side, Chemolithotrophs are the organisms capable of using inorganic hydrogen donors such as ammonia, hydrogen sulfide, and iron. An example of this group is the methanogenic archaebacteria that convert formic acid and carbon dioxide into methane.

Chemotrophs can also be Chemoautotrophs (sulfur and iron bacteria) when the origin of their cellular carbon is inorganic and derives mainly from the reduction of carbon dioxide (CO2).

They are Chemoheterotrophs (fungi, infectious bacteria, some sulfur bacteria) when their cellular carbon is obtained by the assimilation of organic compounds from other organisms in their environment. Energy is released into the cell by the oxidation of carbohydrates (mainly glucose), lipids, and proteins.

Difference between Phototrophs and Chemotrophs

Phototrophs are the organisms that use light as their primary source of energy. They are capable of capturing photons and utilizing the emanating energy for the metabolic processes of the cell through the process called photosynthesis, generating ATP, the chemical energy unit of the cell.

Chemotrophs are the organisms that cannot use light as an energy source and therefore rely on chemical reactions by the oxidation and reduction (chemosynthesis) of inorganic compounds such as ammonia or nitrogen gas, as their primary source of energy for the consequent production of ATP.

Phototrophs are classified according to their cellular carbon source. They can be photoautotrophs when the carbon derives from the reduction of inorganic compounds such as carbon dioxide, or photoheterotrophs when the carbon derives from other organisms by the assimilation of organic compounds such as carbohydrates, fatty acids, and alcohols.

Table: Difference between Phototrophs and Chemotrophs All living organisms from the simple unicellular prokaryote to the more complex multicellular plant or animal require energy and nutrients in order to perform all the cellular metabolic processes such as protein synthesis, building structural membranes, reproduction, and growth. The source of this energy constitute a major criterion for the classification of living beings. Hence, two large groups are distinguished: Phototrophs and chemotrophs.