A developed country is a country where people living in that country have the opportunity to access clean water, nutritious food, and other utilities without much struggle. Advanced industrial activities, state of the art infrastructure, and relatively low-income levels characterize the majority of the developed countries. Besides, citizens in developed nations have higher purchasing power, and they have enough money to buy what they need.

Some of the developed countries around the world include 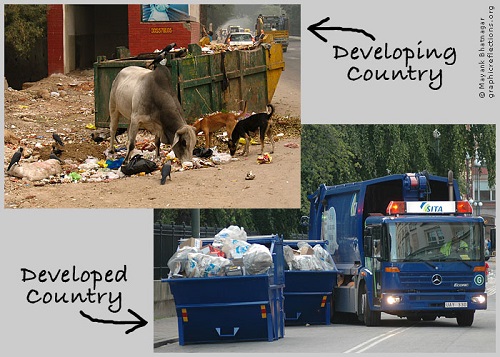 A developing country is a state, which is characterized by low levels of industrial activities and low Human Development Index as compared to other countries around the world. These countries are characterized by low infrastructure development and inadequate supply of utilities like clean water, amount of medical facilities and equipment, and low added value to agriculture products. Additionally, low incomes per capita, low levels of productivity, higher dependency on export incomes and a significant share of the population living in rural areas are typical characteristics of a poor state.

Some of the developing countries include

Similarities Between Developed and Developing Countries

One of the most profound similarities between developed and developing countries is the issue of housing. In developed countries, acquiring a house has become challenging due to the high mortgage prices and the interest rates charged by the real estate agencies. On the other hand, developing countries are facing extreme housing challenges brought about by an increased number of people moving from rural areas to urban areas. The increased rural-urban migration has caused acute shortage of houses in urban areas hence forcing people to live in informal settlement areas, which leads to the formation of slums. An example of unstructured settlement is SOWETO, in South Africa, which is the largest slum in Africa.

Protection of people and their property has become an issue of concern in different countries around the world irrespective of its development status. The issue of terrorism has become a global concern with multiple attacks happening in developed European countries, the United States of America, and some African countries like Kenya, Somalia, and Nigeria. This has forced the countries around the world to form joint security agencies that are geared towards countering terrorism and other forms of extremism. However, it is important to understand that both developed and developed countries continue to deal with other local crimes, which include robbery, petty crimes, and theft of individual properties among others.

Disposal of both solid and liquid waste has become a global issue, which is affecting all the countries around the world. While developed countries are experiencing extreme air pollution levels brought about by advanced industrialization and increased traffic, developing countries are experiencing severe challenges in controlling solid waste, water pollution from untreated sewerage, and air pollution from automobiles and some upcoming industries. Moreover, the issue of global warming which has been brought about by increased pollution is an international affair that requires the input of all countries to reverse its effects.

Summary of Developed and Developing Countries