What comes into your mind when it comes to the religions of Islam and Judaism? Maybe you’d think they’re quite different, especially in the doctrine. But come to think of it, these religions actually have some notable similarities that are also quite worthy to be discussed. But before that, their definitions must first be tackled. 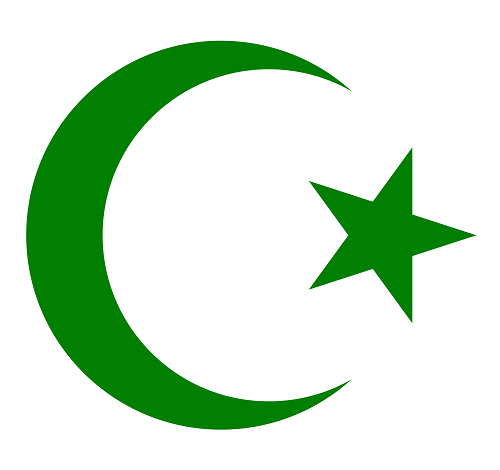 What is Islam? (History, God, Quran)

Islam is actually an Arabic word that literally means “submission of oneself to God.” This translation gives light to the basic view of Islam which is what their followers, called the Muslims, must do – to surrender to the will of the sovereign Allah which is revealed in the sacred writings of Qur’an. Allah is the Muslims’ one and only God who creates, sustains and restores the whole world.

In addition to that, Islam is also considered to be one of the world’s major religions and is the youngest among the three monotheistic religions that was developed in the Middle East. Prophet Muhammad, born in c.570 A.D., was the one who founded Islam in Arabia in the 7th century. He was regarded as the messenger of Allah through which the latter’s will was revealed to the Muslims.

The Qurʾan, which is the significant reference of the teachings of Islam, actually means “reading” is highly respected as Allah’s speech spoken to Muhammad by the Archangel Gabriel and delivered word-for-word to the Muslims.

The Qur’an has 114 suras or chapters that are unequal in length with suras disclosed at Mecca that are related to the moral and spiritual instructions and the Judgment Day; and the suras disclosed at Medina are for the cultural and political issues of the society. Its doctrine is based on four key precepts:Qur’an the , the Sunnah or traditions, the Ijma or agreement and the Ijtihad or the thoughts of an individual. What is Judaism? (Orgin, God, Jews)

Judaism is the world’s oldest monotheistic religion that originated in the Middle East almost 3500 years ago. It is also considered to be the original Abrahamic faith among the Islam and Christianity. The Jewish nation/people regard Judaism as their religion that was founded by Prophet Moses inspired by the father of faith, Abraham.

Judaism is incomplete without the Jews born of a Jewish mother; however, there have been groups that have also accepted those children of Jewish fathers to be Jewish. People who were not born in a Jewish descent may choose conversion to Judaism but the path is not as easy as it seems to be.

The Jewish people believe in one God who created the entire universe. They offer God with worship and thanksgiving because of all the goodness that He has done to them. Because of that, their relationship with God has been based on a covenant to keep His commandments and to be holy in every area of their lives.

The Jews also believe that they are God’s chosen generation to live holy lives and to be a role model in the world. For them, Judaism means to live a life of faith in which everything they do becomes an act of adoration to God. By keeping God’s laws, they have please God in return for His righteousness and favor.

The most essential religious teachings of Judaism centers on the laws of Torah which is interpreted as the halkhah. The Rabbis lead the Jews spiritually, mostly in synagogues which is their house of worship. Most of the customs in Judaism involves homes a lot because for them, their religion is a family of faith. The Sabbath meal, for an instance, joins their families together to commemorate the special moment.

What are the Similarities of Islam and Judaism?

In Judaism and Islam, men and women are not allowed to sit together during their prayer and worship services. There are usually a gallery for women placed upstairs of the Jewish orthodox synagogues; while for the Muslims, their men pray at the mosque and their women at their houses or in a different room inside the mosque.

Similarities of Islam and Judaism  : Summary

Judaism and Islam may be different in a lot of ways but both of these religions originated during the time of Abraham considering them both to be Abrahamic. They have a number of similarities such as monotheism, belief in angels as well as prophets, the resurrection, judgment day and the concepts/reality of heaven and hell, alongside their ritual of male circumcision, prayer, rules on diet and also their practice of separating men and women during prayer and worship time.