Home Science & Tech Why Does Ice Float in Water? 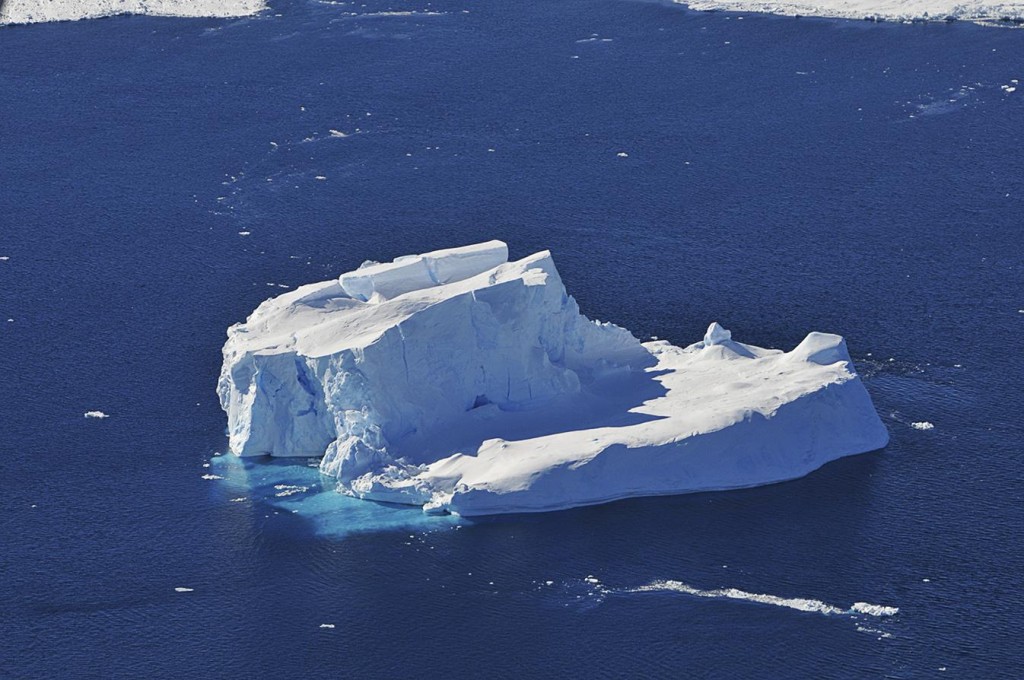 Ice is the solidified form of water reached when the temperature of water hit zero degree and lower. Generally, the density of the solids is greater than liquids. Solid lead is denser than liquid lead and will sink it in. As most solids are denser, they sink in liquids. But, water is an exception to this principle, as ice does not sink in water, rather it floats. It is true for icebergs to ice cubes in the glass. The reason behind it is that ice is less dense than water and so it floats.

Ice Floats Due to Density

Density plays an important role in whether a solid will float on a liquid or sink. Density is the measure of the relative heaviness of a substance that has a constant volume. It is the qualitative property of a substance and is calculated as mass per unit volume. A substance floats, as aforementioned, when its density or mass per unit volume is lesser than other substances in the mixture. If you throw rocks in a body of water, the rock will sink as it is denser than the water. Due to its density the rock pushes away or displaces water and sinks to the bottom. An object will float when it displace a weight of fluid equivalent to its own weight.

As shown by basic rules of thermodynamics, a solid mass is heavier than water or its liquid state. Liquids contract on cooling. The individual free molecules of the liquid slow down till they become stationary and liquid turns to solid. Water also contract but only up to a certain point and as that point is passed the water begins to expand, becoming less dense than water.

Water achieves its maximum density at the temperature of 4°C (40°F). Once that temperature is achieved, the water starts to expand and move apart, as aforementioned. As the temperature falls lower than zero degree and turns into ice, it has become less dense. Usually, most materials are higher in density in their solid form than in their liquid form. So, why does the same principle apply to water? Water is different due to hydrogen bonding.

To explain it in other words, at warm temperatures, water molecules possess a lot of energy and hence are able to mix with each other despite the attraction between hydrogen atoms and unbonded electronic pairs. As water temperature decreases, the molecules’ energy also decreases and hydrogen bonding becomes more dominant. Due to the hydrogen bonding, the molecules rearrange in a form of a crystal that puts the molecules farther apart than in the liquid state. As they become farther apart than when in liquid state filled with lot of air gaps, the ice becomes less dense that water enabling it to float on the top. The density of ice is higher than alcohol, hence when added to alcohol the ice sinks to bottom.

Ice is approximately nine percent less dense than water, hence it floats. Alternatively, ice occupy nine percent more space than water, so a liter of water will weighs more than a liter ice. The heavier water, therefore, displaces the lighter ice, so ice floats on the top. It has practical implication as lakes and rivers freezes from top to bottom, so that fish can survive even when the surface is frozen. The ice forms a layer of insulation which keeps the animals and plants from freezing to the solid block of ice. If ice would sink, the water would move to the top and will freeze when exposed to the negative temperature. Hence, the rivers and lakes will fill with ice making it impossible for aquatic life to survive.

In short, any solid with the density less than the liquid it is placed in floats on the surface rather than sink. Usually, most solids are denser than their liquid form but ice, owing to the hydrogen bonding, is less dense that water – its liquid form. As a result, it floats on the top be it in a glass or over a lake.