State capitalism and socialism are two of the main social, political and economic paradigms of our era. The two concepts can be seen as opposing theories that incorporate every aspect of our lives and that are at the heart of political decisions and actions of opposing parties. While the capitalist paradigm is organized around private and corporate ownership of goods and is focused on individual profits and gains, socialism stresses social achievements and promotes collective ownership and equality. What is State Capitalism?

The idea of capitalism originated towards the end of the 18th century and spread across the Western world during the 19th century – soon becoming the leading ideology and the primary economic system. Capitalism refers to a social and economic system where individual gains and private property are valued over the collective good. When we talk about state capitalism, then, we refer to an economic structure in which the state organizes and manages all means of production and operates state-owned enterprises in order to maximize profits. In such system, state agencies control most companies and corporations and/or own controlling shares in the various companies. In a state capitalist system, the government acts like a corporation and aims at maximizing profits and at protecting the interests of large companies rather than focusing on the wellbeing of the population at large. 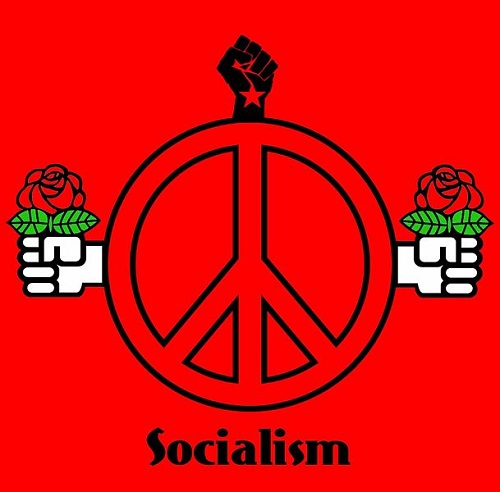 The term socialism refers to a socio-economic theory focused on social ownership and shared control of the means of production. Just like in the case of state capitalism, there is a high degree of governmental involvement in economic activities. Yet, in a socialist system, the state intervenes in the economic system to ensure equal redistribution of good and wealth and to prevent individuals and corporations from abusing of their power and from accumulating profits. In a socialist state, none – besides the government – has direct control over the resources, the means of production and the final product. Emphasis is put on equality rather than personal achievements and the common good prevails over individual gains and private ownership.

Similarities between State Capitalism and Socialism

Although the two concepts are very different and refer to two opposing social, political and economic systems, we can identify some similarities between socialism and state capitalism:

What is the Difference between State Capitalism and Socialism?

The main difference between state capitalism and socialism lies in the reasons why the government intervenes in the public sphere and regulates economic activities:

Although in both cases the government plays an important role in the public sphere and in the regulation of economic activities, some key elements differentiate a state capitalist system from a socialist one. Building on the differences outlined in the previous section, we can identify few other differences between the two concepts. For years, we have seen a juxtaposition between the socialist model and the capitalist system. The first paradigm advocates for social equality, shared ownership of goods and profits, and collective rights. Conversely, in a state capitalistic system, emphasis is put on profit and individual gains. In both cases, the government plays a central role in the national economy but the goals are very different. While a socialist government takes action in order to promote the social good, a capitalist state only acts to maximize profits – regardless of the social and environmental consequences of its actions.